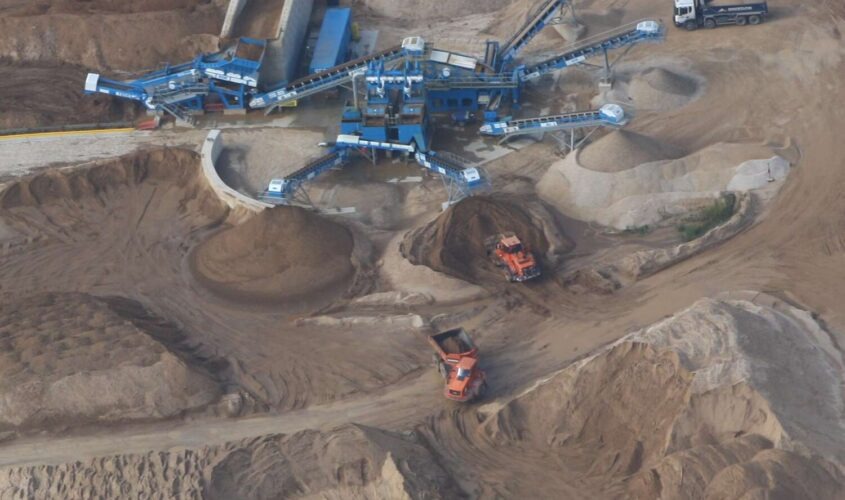 Breedon Group, one of the UK’s leading producers and suppliers of bulk aggregates, has invested in a new CDE wet processing recycling plant for its North Cave Quarry site.
The new washing system will process up to 400 tonnes per hour of sand and gravel and will produce six variable sized clean products, ranging from 2mm to 40mm. The new CDE turnkey solution will be Breedon Group’s first direct purchase, as the company has acquired a number of other CDE plants through various takeovers of other quarrying companies in previous years.
Before investing in the new North Cave plant, Breedon Group previously ran and operated three other CDE wash plants. The new system will combine all washing operations following the purchase of an R4500 primary scalping screen to handle a difficult and complex feed material.
CDE and Breedon’s subsidiary Lagan, are both members of Geoscience Ireland.
https://www.geoscience.ie/wp-content/uploads/2020/12/north-cave-cde-aerial-2.jpg 1227 1500 GSI Editor 1 https://www.geoscience.ie/wp-content/themes/master/images/geoscience-logo-v1.png GSI Editor 12020-12-07 08:00:472020-12-07 08:00:47Breedon Group invests in new CDE wet processing recycling plant