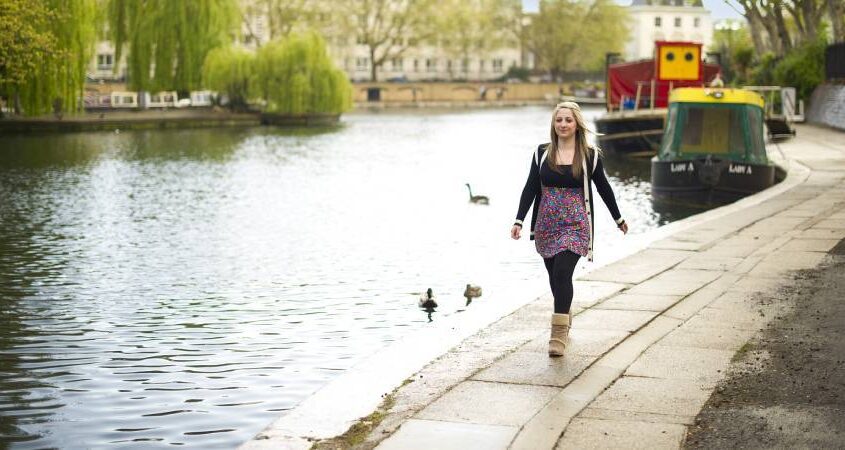 Our team complied data from Ordnance Survey, NaPTAN and the CRT’s tow paths dataset to create a routable network between sporting venues and transport nodes.

156 Routes were generated between venues using the road network, canal towpaths and a further 33,000 possible routes when combined with public transport nodes within a 5KM radius of each venue.

The data was managed using Python programming, QGIS and ArcGIS with the final package delivered to the client as an ESRI file geo-database.

The primary objective was to assess the possible routes that could be taken to travel between venues as spectators make their way to events. Using canal tow paths could be used to divert pedestrians away from the road network.

The network will be used to model the movement of people identify areas of congestion and help inform where facilities such as toilets and refreshments should be located.

Using Compass Informatics routing software, costs can be added to different types of routes to encourage pedestrians to utilize underused infrastructure such as canal towpaths.

Our team’s role was to compile the data, apply the routing algorithm and test the results. Once validated the data was packaged, documented and handed over to the CRT to be included in their planning for the 2020 games.