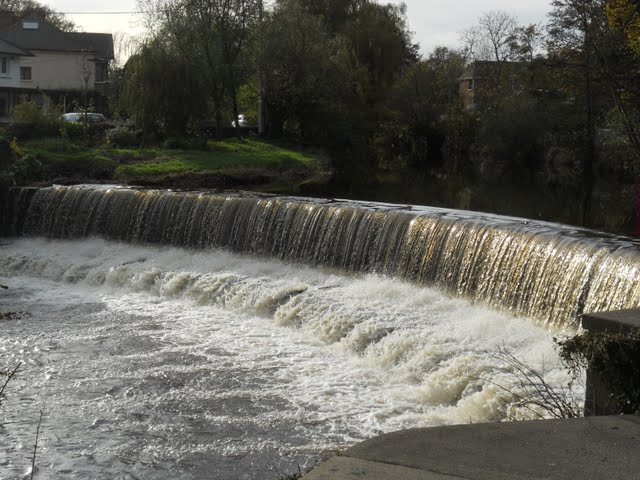 Site survey control was established on site to accuracies as per project specifications.

Level data including spot levels were shown at all road intersections, along road centre line, along road edge, road gullies, accesses and at all significant changes of slope, at intervals of 5m.

Spot levels were shown indicating bank levels on both sides, top water level, and invert level of rivers, streams, and ditches at intervals of 5m.

Hydrographic survey in the river channel was approximately 100 m upstream and downstream of each weir to identify areas of scour and riverbed levels.

Detailed topographic surveys of each weir identified the weir crest, gates and any bridge structures. The extents, apron and footing of each weir was clearly identified. Water levels and debris traps were noted.

GPS photographic surveys of all riverbeds, dry side and wet side, at 10m centres.

Surveys of all manhole and utility services within the topographic scope.

Deliverable of 3D drawings with contours of vertical intervals of 0.25m.

Arup Consulting Engineers contracted Murphy Surveys on behalf of Dublin City Council to undertake a detailed survey of 7 no. weirs on the River Dodder, South Dublin.

The survey results are to be used as part of the design and construction of fish passes and weir restoration works for the River Dodder Flood Alleviation Works.

Three permanent benchmarks were established at each weir location. A detailed report was issued for each structure.