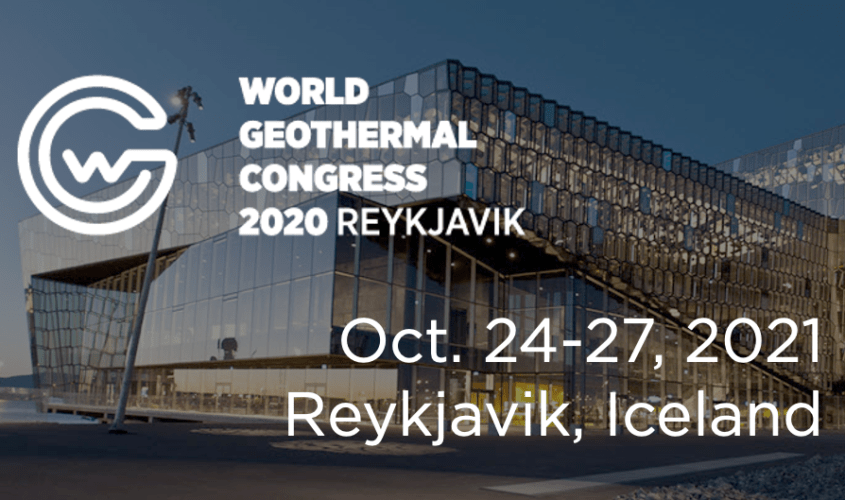 The World Geothermal Congress was held in Reykjavik at the end of October.  The conference had been postponed for over a year due to the Covid pandemic, and as such was a smaller affair than usual. The general theme of the plenary sessions was how geothermal can scale up and help mitigate the global climate crisis.

Geoscience Ireland (GI) member GDGEO’s James McAteer presented on the GeoURBAN and RESULT projects. GI is also the lead for a COSME project, Geo-Energy Europe (GEE), ​which is designed to promote SME involvement in the sector. GEE was represented by Geodeep and EGEC.

Geological Survey Ireland was represented by Dr Sarah Blake. Several short courses were available during the weekend before the conference, followed by three days of presentations and discussions. Sarah joined a field trip to the Hellisheidi geothermal power plant, where 300 MW of electricity is produced from geothermal wells. This project is  also developing technology to reinject carbon into pores within the basalt bedrock.

Some excellent presentations were given including the DGE-ROLLOUT project promoting deep geothermal in NW Europe (GSI are an associated partner) and the results of the GeoURBAN and COSEISMIQ projects (GSI is a co-funder of the Irish partners). Also notable were presentations on some inspiring and cutting edge projects in Utah, USA (the downhole tools keep melting!) and Finland (drilling at a depth of 6 km).

The next WGC will be held in Beijing in 2023, and we’re confident that the growing geothermal sector in Ireland and Europe  will have a lot to report. The future directions for geothermal energy as agreed at the Reykjavik Congress can be found here.