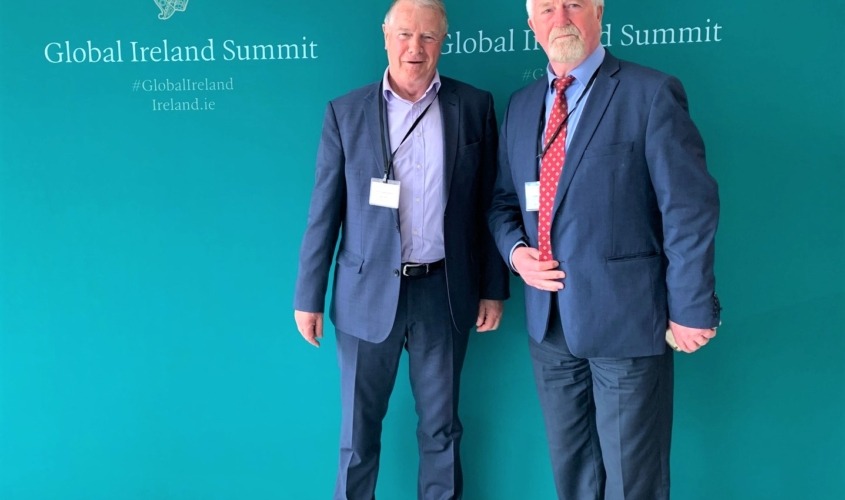 Geoscience Ireland attended the Global Ireland Summit at Dublin Castle today.The Summit heard presentations from Taoiseach Michael Martin, Tanaiste Leo Varadkar and Ministers Simon Coveney and Eamon Ryan on an integrated government approach to enhancing Ireland’s international impact and influence. The Summit heard of plans to build  on  an initiative launched in 2018 to double the Ireland’s overseas missions by 2025.

The strategic ambition is to make Ireland’s voice count for more internationally by being a strong participant in enterprise, trade , culture, diplomacy, peace-building and development. A commitment to core values of respect for human and civil rights and rule based international treaties underpin these ambitions.

Minister Varadkar specified 7 Actions to achieve these objectives. One key action is the improved delivery of integrated Local Market Teams drawn from embassies , consulates and state agencies; Geoscience Ireland and its members have benefited greatly from this Team Ireland arrangement.