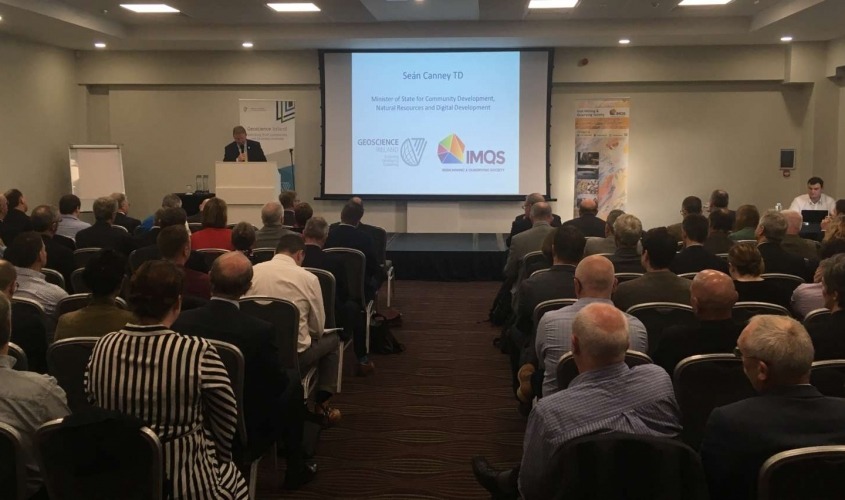 Sean Canney TD, Minister for Natural Resources, delivered the keynote address at this weeks ‘Mining Ireland’ conference in Dublin, organised by the Irish Mining & Quarrying Society and Geoscience Ireland and which attracted over 100 delegates. The conference examined the scale of Ireland’s mineral potential, mining and mineral exploration projects, and the role Irish companies play in overseas markets.

Minister Canney noted the critical role minerals continue to play in developing sustainable, greener economies and the global movement towards renewable energy infrastructures. The ambitions of the Paris Climate Agreement of addressing climate challenges will require responsible sourcing of primary and recycled raw materials. The Minister said: “both the World Bank and the World Economic Forum have recognised the growing role of minerals and metals in a low-carbon world. Wind and solar infrastructure, batteries and electric vehicles all require vast amounts of mined resources. Therefore, mining is as important as it ever was to the world and to Ireland.”

As demand for resources to develop our social and civil infrastructure and produce our day-to-day goods continues to grow, mining companies are focused on figuring out how to deliver raw materials as efficiently and sustainably as possible.

Mining is a worldwide activity, with much of it being undertaken in places such as South America, Australia and Africa. Relying on distant resources is unsustainable given the climate impact associated with global supply chains, and therefore, we have an obligation to search for critically important resources within Europe. It is also important to reduce reliance on raw materials from other countries with the potential for geopolitical instability, and environmental and labour standards at odds with European and international codes.

Ireland has a strong history of mining and could continue to supply today’s demand and our future ambitions of renewable energy infrastructure and connected smart towns and cities. Resource and mine development during the 1960s and 70s contributed to economic growth and provided employment at a time when Ireland was witnessing the widespread emigration of its people. Today, Ireland has one active metal mine, the world-class Tara zinc mine near Navan, Co Meath. The production of zinc and lead is a significant economic sector in Ireland and supports the employment of 1,262 jobs (full-time equivalent) and has an output of over €550m (Geological Survey Ireland, 2017). These figures contribute to Ireland’s wider geoscience sector which is worth over €3.2 billion and supports almost 25,000 jobs.

The conference welcomed mineral exploration companies and mine operators including Tara Boliden, Galantas Gold and Kenmare Resources; facilitated a panel discussion on Ireland’s expertise across the mining value chain; received project updates from Geological Survey Ireland and the Exploration and Mining Division of the Dept. of Communications, Climate Action and Environment (DCCAE); an overview of the Irish Centre for Research in Applied Geosciences; and closed with international case studies. 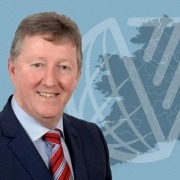